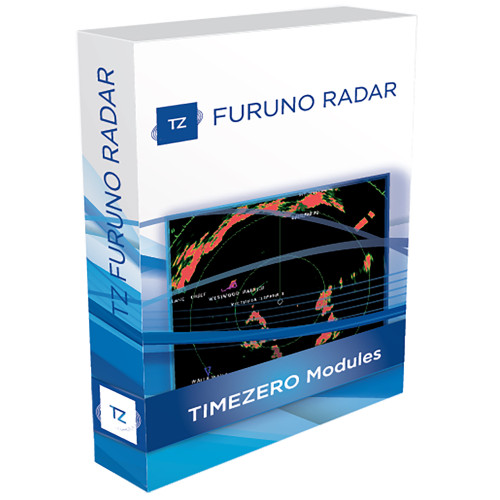 INTEGRATE TIMEZERO SOFTWARE WITH BEST-IN-CLASS FURUNO RADARS AND MFDS
The Furuno Radar Plus Pack allows the user to make the most of compatible FURUNO radars and MFDs. Combine FURUNO hardware with TIMEZERO for a powerful navigation solution.

The commercial-grade FAR 2xx7 series of radars can be integrated with TIMEZERO software, responding to professional user needs.

Recreational users on the other hand, will be impressed by the advanced integration available with the acclaimed NavNet 3D and TZtouch MFDs. The FURUNO DRS (Digital Radar Sensors) that are on the NavNet network can be fully integrated with TIMEZERO software, enabling the display, control and overlay of the radar from within the software.

Features:
When the FURUNO Radar Plus Pack is added to your TIMEZERO software a range of functionalities are unlocked, between your FURUNO radar or MFD and software.

TIMEZERO navigation software can be connected to a Furuno NavNet3D or TZtouch network allowing full control of the DRS radars (with an MFD present on the network). This means that you can display the radar image directly in TIMEZERO software, enjoy full control of the software from your software, and overlay the radar image on your charts. Radar overlay is an effective safety tool that allows you to understand your surroundings in relation to your current position.

When TIMEZERO is connected to a NavNet3D network, the following capabilities are enabled: